Let me start this 'speech' as though I'm an MC. First of all, I'd like to thank all the ladies and gentlemen who managed to attend UBHH yesterday. It was nice to see some blog-faces once again. Both old and new, young and...well... old. I must say some regulars were missing in this picture but we somehow managed without them.

Yeah, due to popular demand, I got there a little late. I arrived with the world-famous Nevender. We were quickly forgiven. It does help to move with world-famous people sometimes. Then I was in for a shocker. Rev's a daddy! Yay! He and Detamble were showcasing their latest creation. I checked. Yep, Rory does look like his daddy and mommy. I would have asked questions if I had reason to suspect otherwise. Didn't talk much with Rory though. He was too busy basking in his mom's attention. Perhaps we'll chat next time. Rev was so happy (to see us or to celebrate his fatherhood) that he got us drinks! Thanks...

I wonder what BHH is complete without either Dee or the King. This one was complete, for they were both there. Then there was a white chick whose response to my 'hello' was to hand me a thingy. Now, I'm a fan of noble causes, but that was swift! I told her as much. I think she laughed. Anyway, I moved on and stood face to face with (according to my books) a legend. The awesome Angela Kintu. I told her that I'm a fan. She said something that sounded like she's read about me (or my blog). Hey! I was excited, so forgive the fuzzy details. At least she'd heard of me. I went away smiling.

Rhino was in force too, and seemed to be deeply engrossed in some activity with a friend, whose name I've forgotten. Come to think of it, parts of that night have inexplicably vanished from my memory. Well, there was Johnny 23 and Normzo, who were similarly engrossed, but I was forced to interrupt them as well. They forgave me, and continued after I was done interrupting.

There was a delightful lady who told me she's Lorac. I wondered. She told me it's just Carol spelled backwards. I grinned sheepishly. We got along quite well. There was also a friend of Carol's, sorry, forgot the name. I really need my memory back. This is unusual for me. He was very entertaining. And yes, another legend was present. Sleek himself! Who'd have guessed he'd also be among us? Shya! Of course I would have guessed!

We were later joined by Dorene ('artist' formerly known as The Antipop) and still later, by Ivan M, another legend. It was getting crazy.
Having missed about 6 BHH's, this one was a good one to come back to. Let's keep up the 'blogspirit.'

A guy in black suit and shades is handing me a folder about my 'debriefing' earlier today. Let me run through it.

Oh! Well, this is beyond disappointing. Today's 5th of August! I slept on Thursday night on 28th of July. Did I sleep for an entire week?! I read on. Yeah, apparently, my disappearance was reported by my (um, how do I not make this sound ridiculous?) 'friend' Amanda. Mbu I missed an appointment with her on Saturday. I never miss my appointments with Amanda! No wonder she knew something was up. The suits are still investigating, but they tell me to report as soon as I start recollecting the 'events of that lost week.' Yeah, I might need to know what else happened. And I'd also want to know how on earth I ended up with a van dyke! 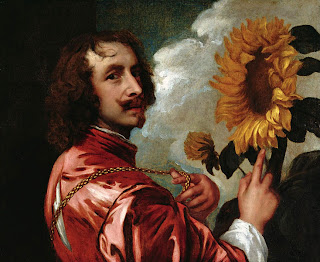