A Movie Cop's Guide To Survival... 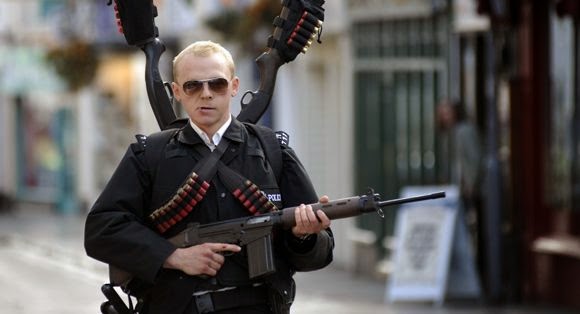 Cops are like the bread and butter of every (real) movie. It's almost impossible to watch an entire movie without a member of the law enforcement disposition making an appearance. Whether it's just making a housecall to repsond to a noisy complaint or stopping a band of dangerous thugs, these guys are necessary in Movie-ville.

Of course, in the more serious movies, being a cop is a very dangerous career, that often gets one chockful of bullets or blown to smithereens. They too need to learn how to make it in the dangerous world of Movie-ville. Here's how they can do it.

Tip #1: Learn how to survive a car chase. Honestly, most cops in car chases are either suicidal or have a fetish for crashes. Really, it's tiresome seeing law enforcement getting wiped out by a crazy con on the loose, behind the wheel of a garbage truck, making a mockery of pursuing cops. At least play Need For Speed Most Wanted to get a few tips. Man, those cops are aggressive drivers! Also, just because the state pays for those cars doesn't mean you should crash it the first chance you get!

Tip #2: Don't do 'one last mission' on the day of or before your retirement. Seriously, don't. History shows that that day is heavily jinxed in Movie-sphere. It's even worse when you show main cop/protagonist a photo of your loved one(s) on said last mission. You might as well be sealing your fate. Just the kind of things that make directors and scriptwriters get on your case. You don't want their unwanted attention. Trust me.

Tip #3: Don't stop a dangerous looking driver, in the middle of the night, in the middle of nowhere, for idle chatter. If you have cause for stopping him, get right to it, instead of joking around. If you need a means to kill boredom, tune in to truckers' CB chatter. You'll laugh for days. But stopping a pale mustachioed man with an absurd 'innocent' face is definitely not a good a good idea. The next sound you hear will be your groan as you cower in death, and disbelief over what just happened.

Tip #4:  Learn how to take cover. Don't be the hopeless muck running around with bullets flying all around you. You're not the main cop. The rules of gunfire most definitely apply to you.

Tip #5: Choose your friends carefully. Don't be corrupt, and most importantly, do not, under any circumstances, become the main protagonist's friend. In fact, you'd rather be corrupt than be the protagonist's friend. At least you'll have died for something. You could die just by the protagonist telling you to 'wait here'. Be the jackass who doesn't like the protagonist. You'll have no reason to be in situations thereafter that endanger your life in any way. If he ends up getting caught in a shootout, you'll be safely tucked away in a seedy bar waiting to hear of his fate on the 7 o'clock news.

Tip #6: Become a SWAT officer. Apart from having the heavy duty gear and kevlar, you get to be on the winning side, for once. These are the guys who never heed to the warning 'drop your guns or I drop him/her' and then promptly get shot. They are called in when words have failed. So they have no reason to listen to whatever the antagonist has to say. Besides, they have body armor. Huge bonus!

Tip #7: Learn how to profile quickly. This business of looking at a suspicious character quizzically for  10 minutes before deciding whether they are a threat or not is very dangerous. Suspicious characters tend to act quickly when suspected. You must learn to decide in less than 3 glances if someone is dangerous or not. And if they are suspicious, and dangerous, retreat to a safe distance and call it in. It's no use trying to apprehend a vanful of gun runners with two revolvers.

A Movie Henchman's Guide To Survival... 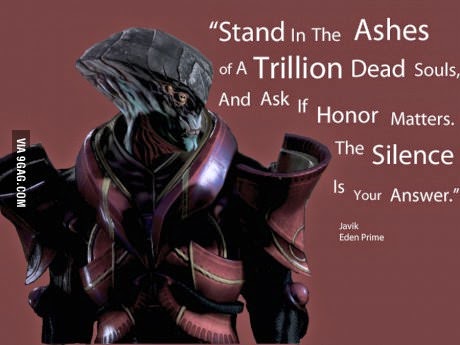 This is not a list. A list reminds people of rules and regulations, which most don't like. But since some lives depend on what I'm about to throw down, I'll just call it 'a couple of things you'd like to know/do if you intend to pursue a career as a movie henchman'.

For starters, a henchman is a person (usually male, for the gender sensitive, because offing female minions is still frowned upon) who works for the bad guy (or girl, whatever). Could be the bodyguard, the guy that carries the wallet and pays for stuff, the guy that wards off the unwanted attentions, the guy that opens doors (did I just describe an ideal boyfriend?). Or it could be the random guy watering the flowers, or the driver, or the bartender. You know what, it could be anyone that works for the bad guy. We're not taking any chances. More often than not, a movie plot will require the hero to storm the premises of the bad guy, with serious intent of dispatching all those that stand in the way. Even statues, doors, windows, TVs, plates, tables, curtains, and sometimes dogs, are not exempt from this serious intent. These guys are not entitled any dialogue time, except to say something which will eventually turn out to be cruel irony. So, to avoid all that, try to do/not do the following:

Tip #1: Do not talk to the hero. This usually only serves to distract you from something that's supposed to happen. You're just a small piece of the grand plan. If you can't stop him yourself, go find your supervisor. He's highly paid. He should earn his salt.

Tip #2: If it looks wrong, it is wrong. If a guy swipes a card and the machine rejects it, cuff him immediately. You can ascertain his true identity later. Being late for a meeting should be the least of his worries at that point. A tourist holding a map inside a warehouse looking for a restaurant is obviously up to no good. Dispatch him immediately. If there's any complaints (if the guy miraculously survived being dispatched), refer him to your supervisor.

Tip #3: There's no such thing as a henchman 'corporate ladder'. There's not even job security. In fact, it's probably the most insecure job in Movie-ville, next to being the bad guy, or a market vendor in a curiously conducive location for a car chase. You're not going to get promoted. You'll sooner die than see a pay raise. And the circumstances under which you'll be offered a raise will not be in your favour. When the hero raids the bad guy's villa and tries to get him to surrender, the bad guy will say no and tell his henchmen that he'll offer a huge sum of money to whoever brings him the head of said hero, and then scamper off to 'safety', leaving you with the insurmountable task of dispatching a hero filled with serious intent.

Tip #4: Never, ever, kidnap someone who means the world to the hero. That will not end well, and you'll not even get a chance to spend the down payment of the ransom.

Tip #5: Initiative never pays. You're paid to do, not to think. Your boss will not welcome any suggestions you might have. Even if those suggestions would have saved him, it is his destiny to be vanquished. How dare you try to interfere with your boss' destiny, eh?

Tip#6: Endeavour not to be present during rituals, scientific experiments, and the like. Those are well above your pay grade. Let's just say that things you probably don't understand are always out to prove their point to the bad guy using the less fortunate. That means people like you.

Tip #7: Never be the bearer of bad news. This is even more important if your boss is a raging, psychotic... Er, actually, regardless of the nature of your boss, just don't be the one delivering bad news. It's bad for your health.

Tip #8: Be a coward. This involves basic maths skills, like counting. If the hero shows up, with or without backup, recognize that the odds are already stacked up against you and run for your life. Then you can go and snitch on your boss or whatever. Chances are that by the time the movie ends, you'll be blissfully sipping on a mojito somewhere serene, with witness security and everything, You'll survive and thrive, and you'll have a gift most henchmen never have... Peaceful retirement.
Posted by Safyre at 2:16:00 PM No comments: