Ladies and Gentlemen, and esteemed readers... Welcome back from a weekend filled with excitement in various forms, shapes and sizes. For some of us, this was in the form of sports. Now, some of these reports are not exactly news. But if you didn't know before, it might as well be. What I'm saying is that it's mostly not recent news. But here's a recap of sports events that took place recently. 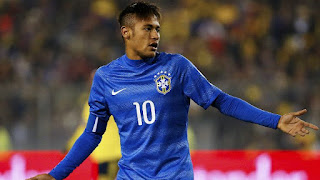 Brazilian model Neymar Junior smiled and waved for his countrymen as Brazil went through to the semi finals. Between posing for cameras, Neymar said that as much as he wanted to help his team, he had a very important appointment with his hair stylist. When it appeared that that appointment would be interfered with by the next game, he decided that he was more talented in brawling than in footballing, earning himself a one match suspension, which he received gleefully. Now that he got his hair done, he's ready to contribute to the team's efforts in this difficult stage where they face a stubborn Paraguay. He'll be waving at them from a safe distance in the stands. One doesn't simply mess up their new hair.

The self-proclaimed king of boxing, Floyd Mayweather says that he plans to retire undefeated, and thus consolidate his self-proclaimed title. This did not go down well with the boxing community, who still doubt his boxing credentials. Especially a one Gennady G. Golovkin, who challenged Mayweather to a fight. This is how it went down:

GGG: Oh sure. Why don't you try me out? You know, just for just?

FM: Who the heck are you? I can barely hear you over the noise my money makes every minute I smile and dance. I mean, didn't you just see me bag a new high score after beating Pacman? You better run, little rabbit.

FM: Heh. That's what I thought. You are a mere child. How many knockouts? Look at you. Can you even knock something out that's not the size of a soda can?

FM: *chokes* I'm sorry, I have to attend to my money. It's calling me.

GGG: So, are we going to fight or what?

FM: Er... No thanks. Consider me retired. 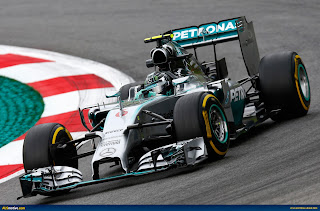 It was a race filled with blistering pace in Austria. The Hamster was in pole position and poised to lead from start to finish until his little brother Nico slapped him just as the lights went out. The angered Hamster forgot to start his car in time and Nico raced off laughing, never to be seen again until the finish line, claiming his third victory of the season. While the Hamster was furiously chasing him (presumably to slap him back), he crossed a line. That's a line he should never have crossed. In fact, no one in racing should ever cross that line. The FIA was livid, and slapped him instead, with a 5 second penalty, effectively rendering his hitherto concerted efforts moot. The big brother once again took the blame for trying to retaliate against his little brother's violence. Guess he will be trying to make amends in the next race.

How to survive in Game of Thrones…

It's one of the most thrilling shows on television right now. It has got people so addicted and involved, I fear it might soon degenerate into a religion of sorts. SO far, people are pulling out hair, swearing revenge on the creator of the series, and having loud discussions about the fate and possibilities of several characters and situations. But perhaps the key factor about Game of Thrones' appeal, aside from the epic story, is the random deaths. Or is it random, unexpected deaths of hitherto important characters. One thing you quickly realize while watching this show is that anyone can die, in any way. So, for the sake of your heart (and sanity) try not to bond too much with any character, lest the malevolent creator does away with them and scoffs at you.

Now, for those people that find themselves within the world of Game of Thrones, I have some tips for you. Having watched 5 seasons of the show, a pattern has emerged. So, if you're a character in a show without job security, here's how to endure, and stay alive, hopefully for as long as the show will last. If you follow these, the only possible way you'll die is by Armageddon itself. 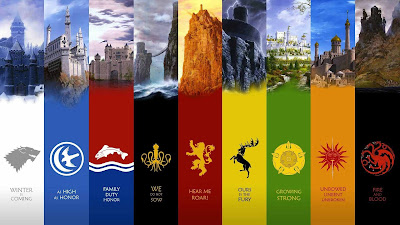 #1 - Don’t ever proclaim your relation to the Starks. The creator has an apparent disdain for the Starks, and so do everyone else in the show. If you're a Stark, it's wise to live quietly by another name. You could become a blacksmith or something. No one kills blacksmiths.

#2 - Be a man of your word. This show hates liars. Once you promise to marry a man's daughter, let not 'true love' get in the way of your promise. Oh, don't be in 'true love'. That is also dangerous in these parts.

#3 - Be a sellsword. Live for no real allegiance. Want easy money and guaranteed safety? Go be a mercenary, get your deposit, march along with the rest of the army. On the eve of the great battle, just slink away in the cover of darkness. You'll peacefully retire on a beach somewhere and enjoy your life (hehe) regardless of the outcome of the battle you fled from. Cowards live longer. You best believe it.

#4 - Be a boring fringe character. Bumbling idiot will serve you just fine. Just as long as you don't spill drink on the bloodthirsty psychotic maniac, you'll live a long healthy life.

#5 - Be light on your moral feet. Move with the changing current. Loyalty is overrated. You must exist solely for your own survival, so try as much to agree with whatever someone powerful is saying. Convince them, and leave while the subterfuge lasts. Besides, the characters on the show have so far shown that they're incapable of sniffing out a double-agent, for the most part.

#6 - Befriend the Lannisters, but don’t stand too close. Currently one of the safest places to be is in House Lannister. You could be the guy serving wine or washing royal robes. Anything to keep you within the palace, as long as no one knows your name.

#7 - When a disagreement breaks out in a bar/tavern, flee immediately. The level of escalation in this show is too high! One minute, comrades are laughing. The next, one comrade is being gutted by another comrade. You can't even trust comrades anymore. Even if they disagree about the size of a warhorse, vacate the premises immediately.

#8-If you know a kingdom-threatening secret, keep it to yourself until such a time as it proves necessary to tell it. Even so, make it seem like it’s just drunken talk. The rumour-mill should do the rest.

#9-As much as you love entertainment, avoid gatherings that have a huge number of skilled soldiers. The chances of dying by accident are extremely high.

#10 - Don't trust dragons. Fine, they are divine creatures, and a real marvel to behold. But be not mistaken. They are akin to prepubescent teenagers, capable of surprise tantrums, and largely unable to tell friend from foe. So, keep your distance. And if someone so happens to tame one, don't be fooled. The one who tames is the only one guaranteed (as if) safety. Don't assume that since it's in your midst, purring playfully, that you're safe. You will not see it coming. I promise you, you won't!
Posted by Safyre at 3:25:00 PM No comments: