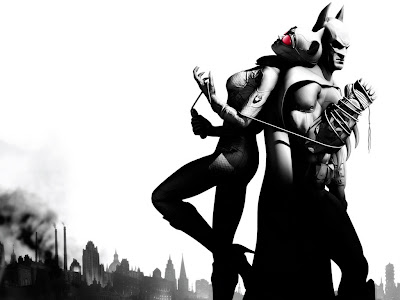 The picture bears a stunning resemblance to one of my current relationships.

She was the most awe-inspiring creature I'd ever laid my eyes upon. She had the countenance of a goddess and the figure of your wildest dreams. She was free, free from the burden of guilt that many of us carry when we think we've done things. She was free, like a rabbit, in a field, filled with tulips. Room to run around expressing herself in tantalizing ways not fit for the faint-hearted.

The city was cruel, it was unforgiving, it was filled with both the tough and the deadly. The cowardly slithered into gaps and crevices where they wouldn't be trampled upon by the more aggressive denizens. Many of her kind lacked the courage to slug it out in the filth of this wretched society. Heck, most men didn't either. It was a classic dog-eat-dog world. You either ran with the pack, or got out of the way.

She wasn't the sort of girl that ran in a pack, and she wasn't cowardly either. She had a mind of her own, and did what she saw fit and justifiable in her own twisted sense of honor. At least she had a sense of honor. That's more than I can say for the lot of them. To her, it was all just a game, and she alone knew the rules. To tussle with her meant to be forever lost in a maze of excitement that brought no real joy, a web that meant you were just the day's dinner.

She had a smile. That smile could turn stone into dust. Even the most resistant hearts softened in the kind embrace of that smile. Time seemed to slow down when you were near her. Whatever she said sounded like a distant whisper, to which you could only agree. Her voice sounded like a maestro caressing a harp from within your ears, sweet and sensual. When she spoke, you felt all your self-restraint just melt away in the warmth of her soothing voice.

When our paths crossed, I was instantly aware of the strings pulling away my resolve. I thought I'd be the one to tame this tiger, but alas... Tigers are better left wild. A fact I hated to admit was that she was an accurate reflection of my own troubled psyche. We were similar in more ways than I cared to name. Still, there was no need for this...'attraction'. But she was oh-so-gorgeous! But I knew better to think that this thing could last. I knew that we were set on an inevitable collision course, and on that day of reckoning, "One of us must be found in the wreckage."