"Sulphites - naturally occurring minerals that have a long history of use in foods. They naturally occur in some foods but are widely used as an additive to prevent microbial spoilage and preserve colour. Cordials, dried fruit, sausages and wine are some of the foods that commonly contain sulphites." - A vague alcohol reference.

There's been a lot of birthdays this year, and it's fast becoming a common theme to imbue the celebrant with 'small doses of intoxicant in numerous quantities'. I think they do this so the person doesn't suspect a thing. It's only the guys delivering the doses that truly know how much you've taken. You just know that at some point, "shots!" is the shout you like the least. All you're normally left with is a headache, a missing shoe, a strange scarf, and a disdainful guradian angel. But, there’s always that party that’s different from all others. Maybe it’s the jolly people or the quality of consumables, but things become interesting. After you consume a healthy amount of laced food and drink, the camaraderie keeps improving. Now, some people are unable to keep track of what's happening to them, so let me fill you in on what to look out for as you feel your self-control slip away. 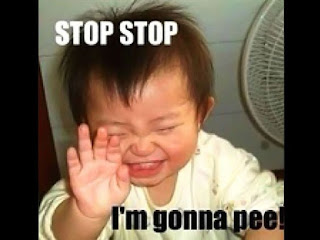 If you’re vigilant, you’ll notice that everything around you is funny. You’d swear the neighbourhood dog was walking on its hind feet, propped up like a human in heels. At this point, you don’t realize that you can no longer gently put the glass on the table. Also, this is where the soberer ones keep pushing your glass away from the edge of the table. Doesn't stop you from breaking out those amusing stories you've been keeping to yourself. 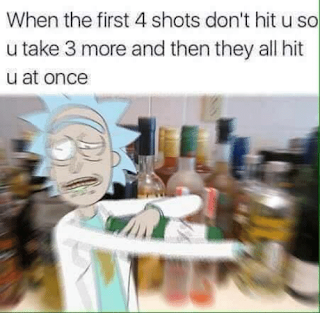 You are lost, stuck in the middle. You can barely stand straight and you can’t dance. But you’re filled with so much enthusiasm that even reading the title of a random book will be intense. This is where you start spilling little secrets. For some reason, you can still input the pattern on your phone and even see the time. Your depth perception has gone on vacation. Panic will set in as you fearfully believe that everything on the snacks table was spiked, and you consumed them in generous amounts. 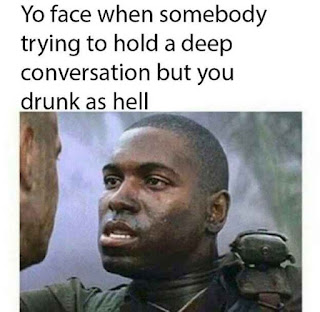 At this point everything is in quadruplicate, blurry, neon-like and/or ethereal. You're floating in and out of consciousness, and you're just vaguely aware of your surroundings. Since your eyesight is not worth a damn, you practically get around by echolocation. Most people will black out at this point, unable to deal with the sensory deprivation. If you stay awake, your mind will go blank for unspecified periods. You might be talking, but you can be sure you'll remember little of it 12 hours later. All your muscles will be feeling like putty so it will require tremendous willpower to keep it together. 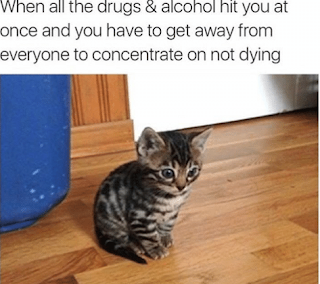 Your mind is starting to wake up, but your body is still getting the remnants out of its system. You never know when you’re going to throw up, but you pray that you’ll get home before anything embarrassing happens. If you are being driven home, you'll notice that your inner compass, and thus sense of direction, are out of whack. Every road ahead will appear as an incline. It feels pretty much like you're in a slow-moving rollercoaster. Except that your sense of relative motion and time has also disappeared. Everything seems to have slowed down. Well, either that or the driver is indeed driving slow. The jury is still outon that one, so I'll need a few more tests.

Now that you are aware of what goes on without your awareness, remember to celebrate responsibly. 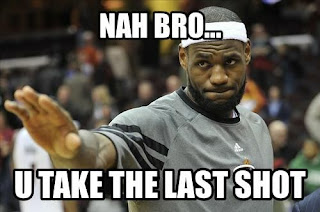