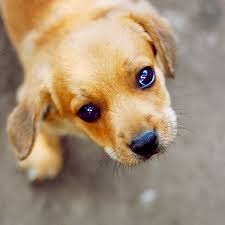 I don't like animals. Live animals, that is. They make me very uncomfortable. Fine, if you have a pet at home, it will take all of my willpower to not kick it across the room when it comes playing at my feet. However, I do not hate them. I do not wish them a vain death. I do not strangle them at every chance I get (and I do get many chances). It takes great self-control for me not to harm the critters. I know how dangerous animal activists can be.

Max, on the other hand, loves animals. When he was still living with his parents, I'd go over there to chill out. One day, I went there without being updated on extra inmates. My surprise when a golden heap of fur was only equaled my terrified scream. It is my most embarrassing memory to date. And Max, with his smugness, just claimed that the mutt was happy to see me. Fine, it was wagging its tail and jumping about, but I can't differentiate between a happy bark and a warning back. I get past the sentry at the door, only to be received by a division of cats. Yes, a whole lot of cats. I didn't know Max was into pets in general. What next? Did he have an iguana under his bed or something? He said reptiles are pretty hard to look after.

I've since come to 'tolerate' animals, as long as we have a mutual respect for each other. Under no circumstances should the animals jump at/onto me. I can share space with them, but not emotions.

At some point, Max and I were housemates. It came as no great surprise when he befriended and subsequently took in a stray kitten. He called it Garfield, well, because it looked like Garfield. Now, the thing about cats is that they are really selfish. They have no master, and definitely do not respect their master. Or their 'owner'. They just prefer to do what ever they feel like. While Max spent his time petting and talking to Garfield, I spent mine shooing him off the keyboard, my bed, my feet, my lap, and wherever else. The only time I'd touch him was to throw him off whatever I was using at the time. In short, I made little effort to be friends with the feline. But Garfield was stubborn. He was determined to win me over. He grew up, but I still didn't like him. That didn't stop him from lying on my belly whenever he found me taking a nap.

Now there's a puppy in the neighbourhood. I don't know what it is about me that has these animals thinking I like to play, but this puppy (let's call her Shen) likes to play with me. Soon as I open the door, she's right there, looking up at me with those puppy eyes of hers. Most times I think she's just being a puppy.One afternoon, after laundry, I'm trying to make my way to the clothesline, and Shen was hopping about all excitedly. I tried (as always) to shoo her away, but she would have none of it. So for a change, I decided to pat her on the head. Then she licked my feet. It was such a pure gesture that for a instant, all my dark hatred melted, leaving behind a bright, mushy mess. I picked Shen up, and held just out of reach of my nose (we're taking baby steps here). She let out a tiny adorable bark. I set her down and she resumed jumping about, weaving and licking feet. Then the darkness returned, and so did the shooing. Heh, at least now I know why people like animals.
Posted by Safyre at 3:44:00 PM