I'm not going to lie to you...I love movies!! I hear you mumbling, "Duh! Who doesn't?" Are you done? Ok, let me continue.
I love certain kinds of movies, but today, Ima talk about ze action sci-fi genre.
Now, these are characterised by not-so-musclebound lead actors with lots of toys at their disposal. So, it's usually a battle of wits rather than brute strength.
I have learnt that in these flix, the villain makes the movie hot. I can hear the cogs squeaking as they turn in some brains. In simple terms, the badder (read suave) the villain, the better the flix, even if the protagonist is a half-wit.

Presenting three case studies:
Who can forget the enigmatic, ruthless, smooth operator known as 'Agent Smith' of the Matrix trilogy? Villainy can hardly have a better benchmark! Not just strong, but a schemer as well, to be dealt with by running away, not facing him.
I would be glad to have had the opportunity of fleeing from that guy! 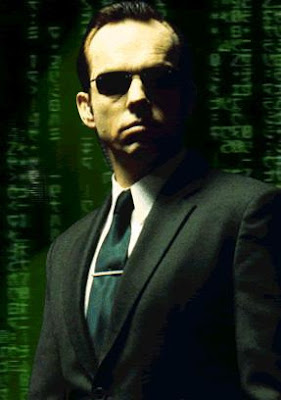 There's the unforgettable, mysterious, happy-go-lucky, pragmatic Clown Prince of crime...The Joker (The Dark Knight). This one redefined the elusive villain. No brawn, all brain. The Batman sure had a hard time with this one. 'He can't be bought, bullied, reasoned, or negotiated with.' 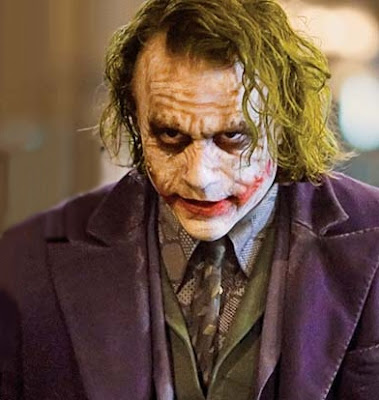 But this year was the year of the Doctor/Cobra Commander (G.I.Joe: The Rise of Cobra). Man, that guy's demeanor is as imposing as it is terrifying. His cold, matter-of-fact voice was the killer! Such a green snake in the grass, indeed a symbol of lethal purpose, unseen until he strikes! Even if the movie were to lack depth, that guy's scenes were my favourite. 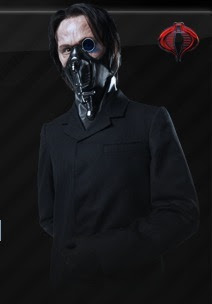 Of course there are others, but feel free to make you're own list. These are the ones who have my slice of the cake. For those in contention, it's not up for discussion.
Posted by Safyre at 12:18:00 PM 7 comments: