How To Make A Local Hit Song... 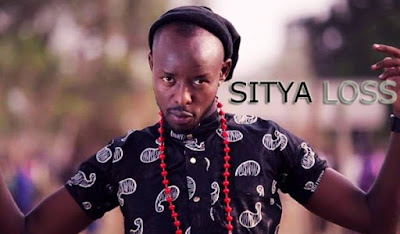 The Kampala nightlife and radio waves are ruled by the country's most club-banging songs. The kinds of songs you'll hear your 7-year old neighbour singing word for word with incredible precision. If he's in the mood, he'll even burst out the appropriate dance moves. But, when you take a moment and focus on these songs, you'll find an undeniable similarity with most of them. Now, for those that are looking for the secret sauce that will make your track delectable, here's the recipe.

#1 Introduce everyone involved in making the track. This is a must, and if done properly, will have people jumping to their feet even before the real song begins. Most people start by mentioning the producer. If the producer has a good reputation, half your work is already done. If you don't do it, you are doomed to fail. You can also add, "It's another one..." even if it's your first. After all, at this point you don't have many fans, and most listeners don't know better. But they will keep their ears to the ground waiting for 'another one'. For me, whenever I hear 'Diki Music' I just begin bobbing my head.

#2 Introduce a new slang/phrase. Come up with a new word or phrase, use it repeatedly in the song, and soon everyone will be using it. It must be vernacular. We are not here to teach people English. Support the local language. Think about it. Do you know what 'dorobucci' means? Now you get the gist of it. Teach Africa something new. Totya lossi.

#3 Feature someone prominent. There's plenty to be gained by doing a collabo, especially if you're new to the music game. But even experienced musicians know it's good for the fans to do a collabo. My personal choice would be Irene Ntale. She seems to just elevate any song she features in. Just make sure the collabo is not a competition of vocal prowess. You want harmony. Like Radio and Weasel, who are on full-time collabo mode. If you are fortunate enough to get an international artist to collabo with, do not waste the opportunity. It's your chance to create something epic. Don't hurriedly whip up a song in 4 hours and call it a hit. We will notice how bad it is instantly. And randomly throwing in "Badman Rasta featuring Mavado" won't automatically make us like the song. Put in the effort.

#4 Make sure the lyrics have double meanings. Listeners love musical riddles. On top of being catchy, you'll have the entire city talking about your song, trying to decipher its true meaning. They'll be like, "Is he talking about black tea, or some kind of person? What does this 'chai mukalu' song really mean?" Yes, that's what you want as a musician. People listening and talking about your song. Up to now, people honestly believe Sheebah really loves ice cream.

#5 Shoot a video. Now, there are three essentials of any good local music video. Fruits, background people, and at least one smiling girl. Makes it believable. You don't want to be seen as distant. You want people to see you as someone they can relate to. Leave the expensive cars and numerous girls to the rappers. Unless your song is about such things, then it's appropriate. But if you're singing about how humble and down to earth you are when you're clad in more gold chains than an Egyptian pharaoh, you are truly lost. 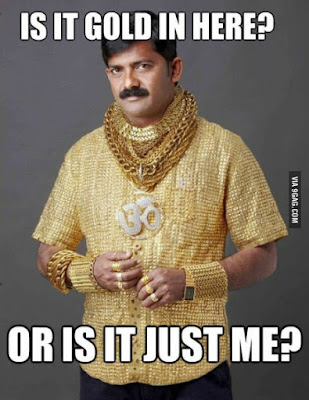 #6 Sing things we can hear and understand. These things of rattling and bubbling unintelligible nonsense should no longer be allowed. Either you're a moron or you have the lousiest songwriter in the business. Or both. We want music, not a silly excuse to spend 3 minutes. Besides, if you can't sing, what are you doing in the studio? You're just giving high school students headaches as they try to jot down your lyrics for the next miming session.

#7 Don't say your own name more than once in your own song. Twice, if you really must. We are not complete idiots. The radio presenters will tell us. you told us at the beginning. You'll probably say it in the outro. Don't throw it in the lyrics every now and then, even if it rhymes with 'pizza'.

Now that you're armed to the teeth with this advice, you can head over to the studio and work on another run-of-the-mill hit song. Hopefully we'll have pleasant memories of it several years later, like we do now whenever we listen to 'Mic ya Ziggy Dee'.
Posted by Safyre at 12:40:00 PM No comments: