Glass Cage of the Friendzone... 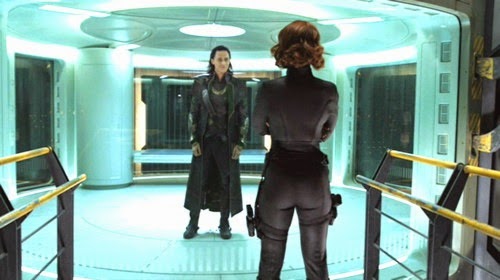 The friendzone is much like a cage. A cage where you keep something valuable or dangerous, or both. You can't discard it just yet, because of selfish reasons. It has spent time with you and knows things about you that no other living soul knows. It has shared good times and bad with you, and the bond you've developed with it is so strong, you feel like you can't live without it. But then again, over time it has gained unimaginable power. So much power (over you) that you were afraid to get any closer. Afraid that any more power and it would overwhelm you, and ruin the good thing you had going. It tried to do more with you, but you thought it was trying to usurp your throne.

You thought it was overstepping its boundaries. You decide to teach it a lesson. You think it was starting to corrupt you, trying to keep you away from all the things you want to enjoy. You thought it was trying to take away your freedom, so you you pre-empted it by keeping it away from you, putting it somewhere safe where you can see it.You feel like it's your duty to keep it (safe) away from others. A cage is where you keep something whose power you can't use/contain, but again don't want anyone else getting their hands on, because such things tend to backfire on you, the 'original owner'.

You have a knack for showing it off to your friends, as the 'only one of its kind'. They marvel at how glorious it is. They read the plaque below it and its amazing attributes, and they wonder why you don't take the power for yourself. You laugh and tell them off. You tell them you like it where it is. One of your friends offers to take it from your hands, seeing as you seem to have no use for it. You scowl and bark at them. You tell them to leave your property alone. And they do, save for the lingering eyes that seem to make later plans for your prized 'possession'.

But you see, a cage is not always what it seems. Being a glass cage, its movement is restricted, but its vision isn't, and neither is its creativity. You might be giving it all that it needs, but has ambitions grander than you can imagine. Your plans for it are finite, as showcased by the space you've given it. But it's not comfortable. When you come to look upon it and admire it, it notices your moods. You have plenty of things to look at in your free time, but it only ever looks at you. Over time, it has noticed the little things about you that you cannot control. It can see your various moods, your weight gain or loss, your lack of sleep, your job promotion. All of it.

In all that, it watches silently, for it knows that no matter how formidable an entrapment, it will not last forever. If the inside is foolproof, then the key lies with those outside. One day, you go down the stairs and into the basement, tears trailing, heart sinking, vision blurred and head spinning... That finally the time has come for you to call upon its power, for it's the only thing that will save you. And at the foot of the cage, you will collapse, your aching body unable to handle the pain anymore. You will stare at an empty cage.

It will not be such a mystery, but it will take a while for you to realize that it was never trapped in the first place. It could have left at any point, but there was never enough resolve, never an urgent need. It was simply waiting for its true master... Someone who knew its value and was ready to wield its power. They would conquer the world together. When the time finally came, it left without a hassle. Your so called confinement was never more than just a place for it to learn about the inner workings of the human psyche. And now that it has been unleashed, it is more powerful than ever before, and that is a power you will never have the fortune to use. It will belong to someone else, and you'll be left wondering whether you did the right thing or made a mistake. But there is one fact... It lost its loyalty to you when you put it in a cage. It was a sign of utmost mistrust. That is when it realized that you don't need it, and it will not grow if it remains with you.

To those in the friendzone, let go of your tethers and fly! The only thing that's keeping you there (against your will) is you.
Posted by Safyre at 12:55:00 PM 1 comment: