Every once in a while, someone gets to the point where they have to rearrange their priorities. I reached such a point last week. It all began when I met this girl...
Hahaha, no! It's not one of those (awful) 'boy-meets-girl' kind of story. Yeah, you might argue that it is. I'll let you argue until I feel comfortable enough to join in.

As I was saying, I met this girl. this girl believes I can do things I'm not sure were even possible. She is convinced that I am awesome, nonetheless, and as such have a great future ahead of me, should we enter some sort of partnership. Aha! I knew it! There had to be some catch. Now i wonder what's in it for me. This sort of situation looks familiar. Case in point: LXG - the part where Allan Quartermaine is being recruited. They tell him his country needs him and they can't possibly win without him, blah blah blah. Strangely, that card usually works! Is it something about telling a guy he's much needed and how the world would be so lost without him? 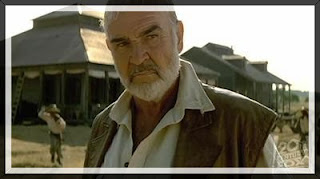 This girl wants me to teach her a skill I haven't perfected. I know lots of tricks using various software, but I hardly think of myself capable of teaching! I can explain a few pointers here and there, but honestly, I can't teach! I do not have all the patience, and word has been said that I'm not good at explaining things either. So, I'm stuck with a hopeful student and no game plan. Hmm.. Perhaps I should draw up one.

Step one: Keep the relationship professional. Do not, under any circumstances, accept to be paid in kind.

Step two: When you explain, look at her eyes, not her chest area.

Step three: Speak in monotone. It will go a great distance in maintaining composure, and occasionally provide comic relief when student looks dissatisfied with your teaching method.

Step four:  Make sure you go for drinks after she's learnt some things. You know, to make sure she's alright.

Step five: If any of the above steps fails, improvise!

I hope I'm sufficiently armed to deal with any surprises that may arise. Oh, and she'd better pay cash!
Posted by Safyre at 6:52:00 PM 3 comments: